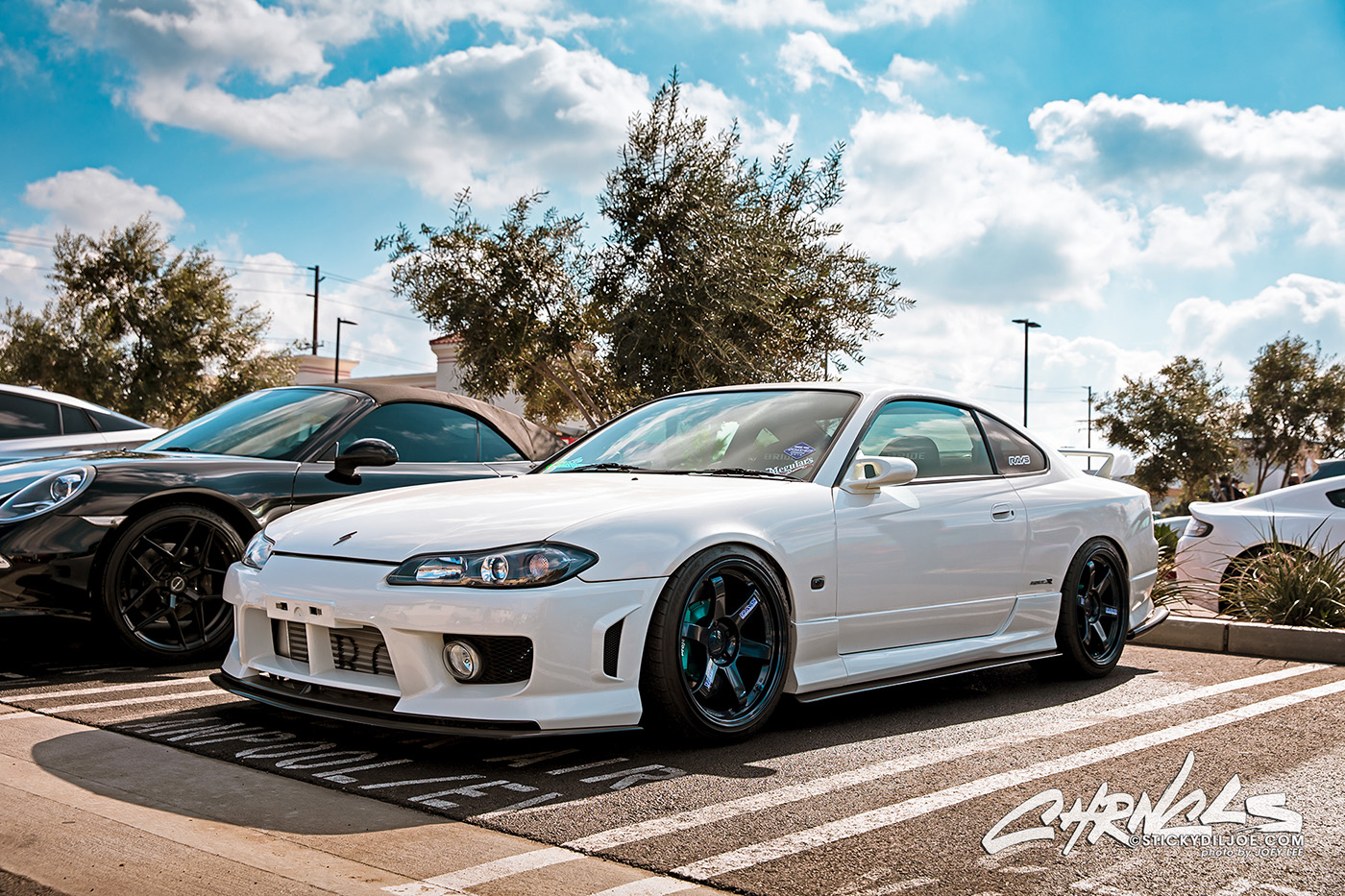 I didn’t originally intend to take photos of these events before because I had only been to one prior, and wasn’t aware at that time that it would become an event I would go to regularly. And by ‘regularly’ I mean I’ve been to TWO. Lol. But I captured some pretty good photos so I thought I’d compile them here and start posting more photos from these gatherings whenever I go since there are some interesting cars that show-up. The Brekkie Car Club “Sunday Service” events are just meets held every few weeks (usually on Sundays) at Rodeo 39 Public Market. It’s a new food spot down in Stanton, California at the plot of land that used to house the one and only Super Autobacs in the USA. Autobacs shut down years ago and because of the bad economy during that period, the entire area and surrounding businesses suffered. Most of them shut down and eventually that land just became sort of abandoned, other than the DMV, which took over the massive defunct Autobacs facility to service the state of California. Eventually the DMV shut down as well and the entire area was completely leveled and reborn to what it is today. Rodeo 39 launch recently but because of the ongoing ‘thing’ that’s affected our world, it hasn’t seen the type of outpouring of business they had expected during development. So people who are associated with Rodeo 39 decided to start hosting events there to bring people to the local business hub and provide a safe space for car enthusiasts to congregate. My friend Jonathan Wong started telling me about these meets and I decided to go see it for myself. The most recent one was pretty big. Way bigger than I thought it would be because the first event I attended was a decent size, but I wouldn’t say it was ‘packed’. This last one was pretty packed. To the point where I think people that didn’t know about the meet were annoyed because so many car enthusiasts had packed the lot. Even with the amount of people there, it didn’t seem too sketchy as everyone abided by the rules to wear masks and stay generally 6-feet away from one another. They tried their hardest. I still get nervous about being out and about with a bunch of people but I stuck around and tried to experience the meet the best I could. I wish I had taken more photos, to be honest, because the day before we had some rain which always makes photos look good with the water reflecting light off the ground.