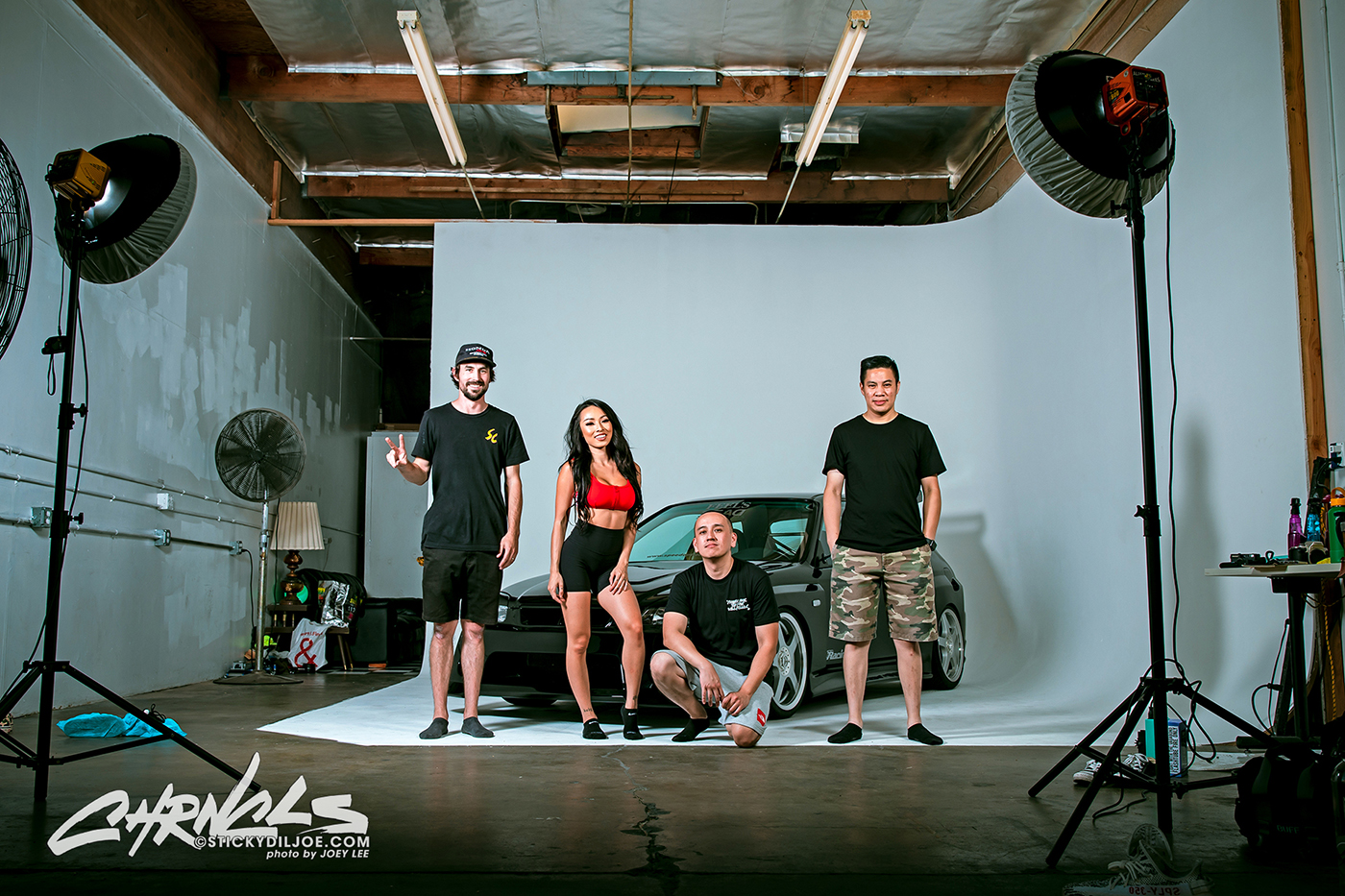 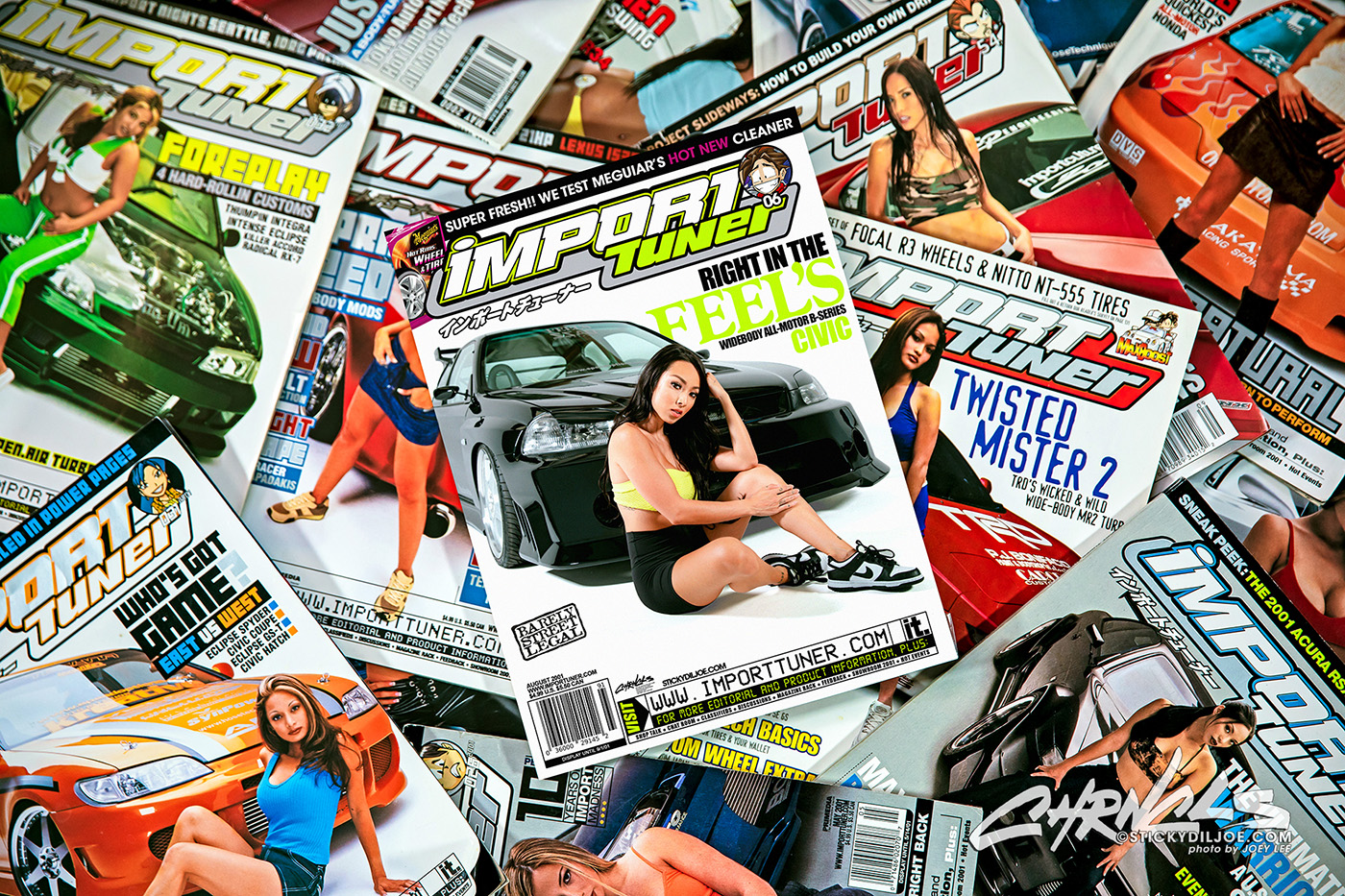 One of these is not like the others. For the next installment of the Meguiar’s “Portrait of an Icon” series, we leave the ‘90s and head into “The Furious 2000s”. When I first agreed to be one of the creators on this project and understanding it’s theme, the first decade I thought of was the 2000s.

This was a pivotal time for me and a turning point that lead me into a life of cars and also becoming a freelance journalist for various magazines catered to our community. I eventually would work for Import Tuner magazine but by then, much had changed. My favorite era of the magazine was from 99-2002. The cover spreads during that period are burned into my memory. My favorite being the LJ Garcia/Francine Dee issue.

When I came onto this project, the first concept I came up with was to pay homage to that magazine. What I needed was a studio with an infinity wall, the perfect car and a model outfitted to fit Import Tuner’s style for the time.

You’d think that finding the car would be the hardest, but right here in SoCal I had a gem in Sean Stell’s FEEL’S widebody Civic. He’s had the car since 2001 and he even had a set of Racing Hart C5s to match.

For the model, I called in a favor to an old friend and convinced her to come out of retirement to grace the faux cover. She had been on the cover before but in IT’s later years and always wanted to have a shot similar to the covers from the 2000s. I’m so glad Jenn Q was down to help.

My original concept was for it to be a behind-the-scenes look at an IT shoot with a stand-in photographer, model being prepped and Sean cleaning his wheel. What ended-up happening was me laying out an entire cover spread with a few sample pages inside to match the actual aesthetic of the magazine. I used all my favorite elements of Import Tuner from that era to re-create the cover and those who collected them will instantly recognize all the little details. I even create a calendar spread since those were popular then.

At a glance you wouldn’t even know that it wasn’t actually real. Thanks to all involved who made this possible, it was a ton of fun putting this one together and a dream come true for me to execute my vision.

We haven’t done a Chronicles & Coffee gathering at the shop in a while but since Memorial Day weekend was coming and we didn’t have any plans, I decided to go ahead and set one up last minute! So in this episode, you get a glimpse of what happened that day and whether or not people actually showed-up or not! Before that however, I give you guys a glimpse into what I actually do as a freelance photographer and bring you guys along on a new gig I recently got for Meguiar’s “Portrait of an Icon” series!!

Ahh…finally…time for the enormous batch of photos from the 2011 SEMA Show in Las Vegas. I have to say, this […]