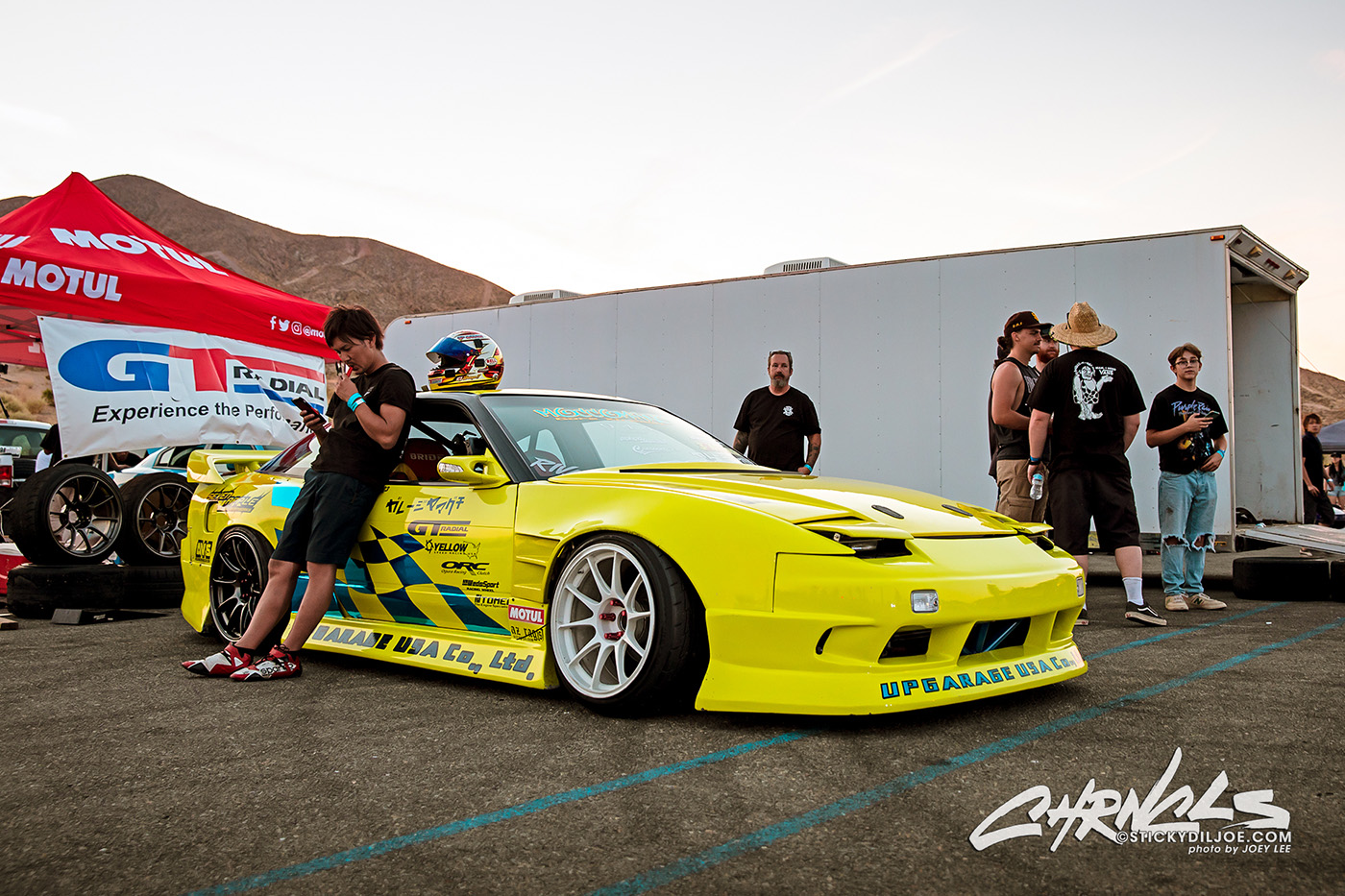 After I finally finished going through all the photos a few days ago and watermarking all of them, I came to the realization that I really didn’t shoot as much as I thought I did that weekend. Sure it had a lot to do with the heat but perhaps this two-part series isn’t the best representation of all that happened at Final Bout Special Stage West this year, lol. I’m not saying the photos are bad, they are far from it, and I’m not just tooting my own horn. What I captured is pretty good, it just doesn’t present the most diversity. The reasoning behind this is because I only went out on the track for one or two sessions and both times it was with run groups that featured the same cars. And when I wasn’t on track a different run group went out and the cars that I shot in the pit area are the same ones that came back from the same group that I was out on the track for. I wasn’t trying to do this but it just worked out that way. Mainly because I didn’t want to die. Carrying a big ass camera with a towel wrapped around my head in 100+ degree temps is no fun, no matter how much I want to be out there shooting. As I’ve gotten older, I’ve noticed that my body isn’t as resilient as it once was and I’m just more susceptible to my environment. I still feel like I’m more resilient than most but long gone are the days when I can sleep for four hours and be up for two days straight shooting or traveling from city to city. I’ve learned to pace myself now and understand that my body needs rest for me to truly successful in my craft. Most of you understand that as well and if you don’t quite get it because you’re younger, boy are you in for a rude awakening one day, lol. 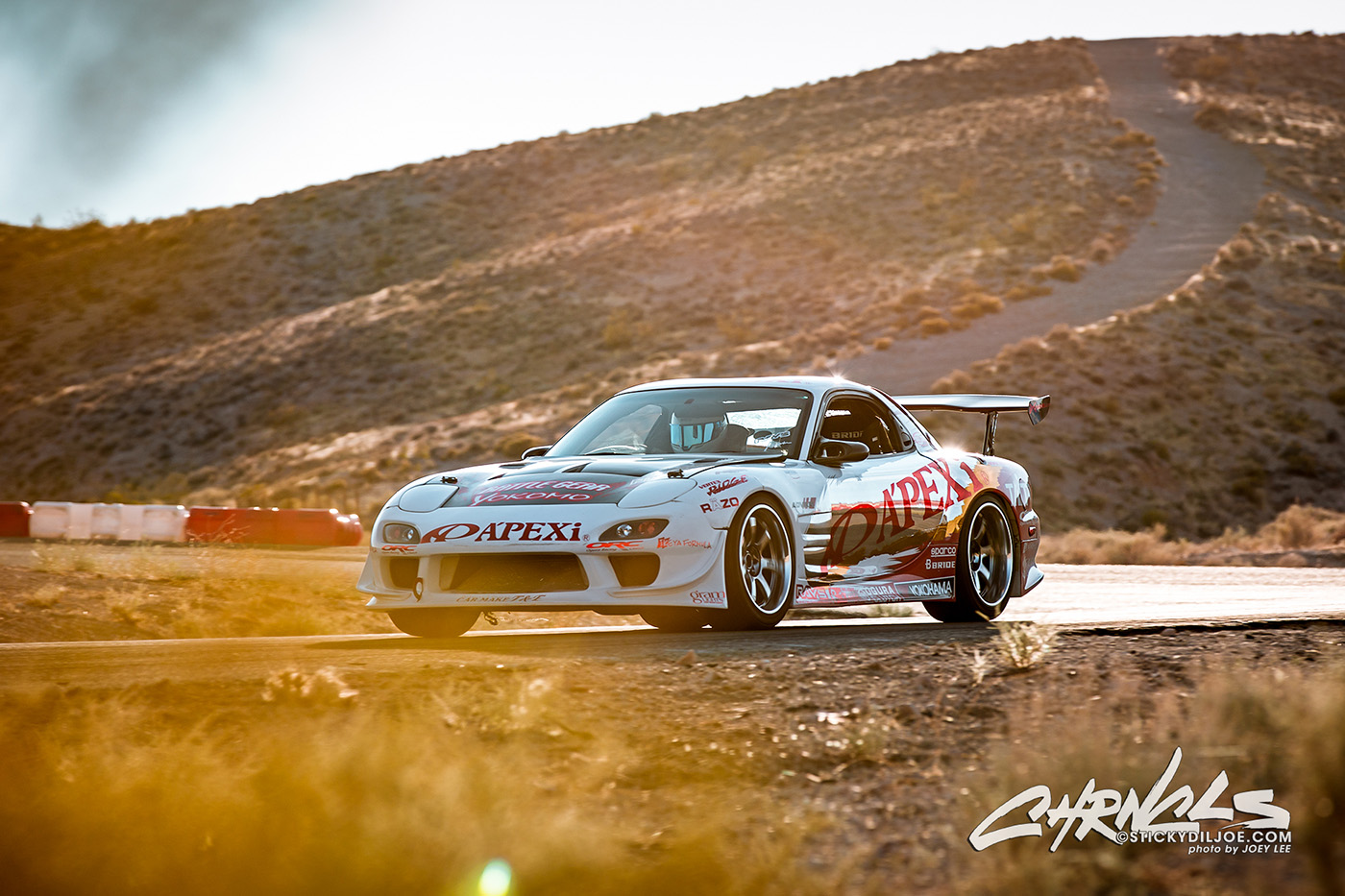 This year’s Final Bout Special Stage West event seemingly came outta nowhere for me. I knew they were doing an event out here on the West Coast this year but didn’t realize it was happening in July until I saw that their event in Oregon was going on the week before! It was a bit of a bummer for me personally because I’ve always wanted to shoot at PARC since it is such a scenic location. Just the idea of cars shredding through this beautiful forest-looking environment seems really cool to me. That and I’ve never been to Oregon before so it would have been a perfect time to get away for a weekend. Of course, I didn’t know the actual date of it so I missed it. That just happens sometimes when I’m just stuck in the shop working on a myriad of things. I wanted to make sure not to miss the California stop of Final Bout so I contacted Simba to see if he could squeeze me and Der in last minute for some media passes. Normally this would probably not be a good idea to bother someone during the week of an event, but I’ve shot a couple of Final Bout events in the past that have worked out pretty well so I’m sure there is some mutual appreciation there, lol. I wasn’t sure he’d respond but he was actually pretty prompt and was more than willing to accommodate us…

What’s up guys…I got one more set of photos from WEKEAST today from guest photographer Raymond Leung . It’s currently […]

It should be very obvious to you guys by now that I would love to just attend every event possible. […]

Welcome back to part 2 of our WEKEAST 2012 coverage, provided to us by our guest photographer, Eric Badis. Hope […]

If there was one trip this year that I really wish I would have made, it would have been this […]

Back with part 2 of our ongoing Wekfest SF 2012 mini-series of coverage. When we last left off yesterday, I […]